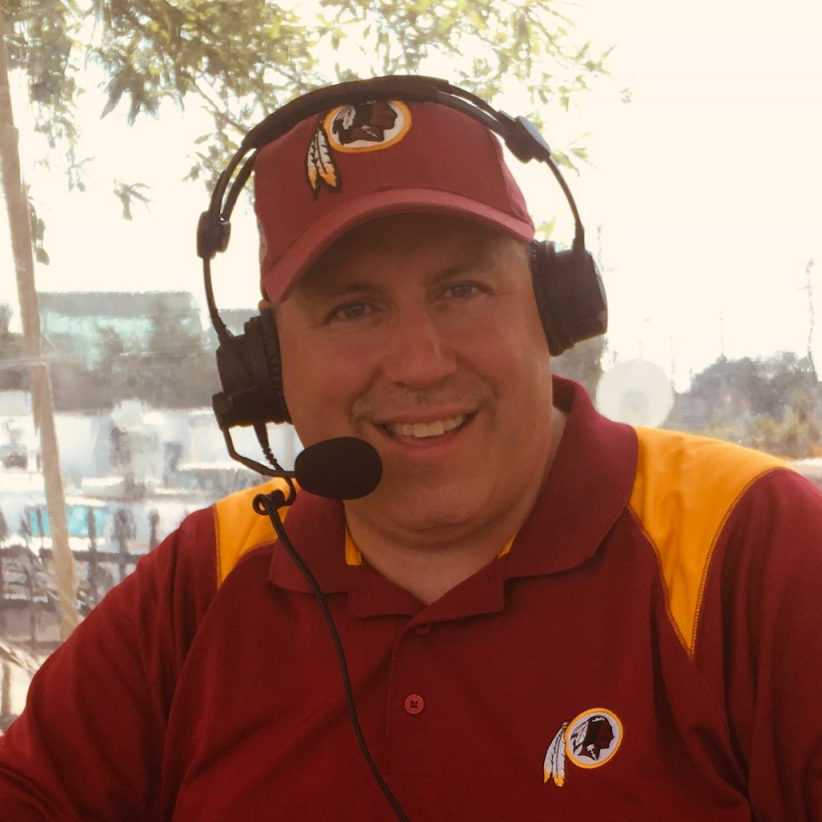 The Sports King, hosted by broadcasting veteran Jamie King, airs Monday through Friday from 10 am to 12 noon. on Sports Radio 106.1 in Richmond, VA.

The Sports King will cover the big sports stories of the day across the country, regionally, and locally.

King was the Head Football Coach for the Fredericksburg Generals in Fredericksburg, Virginia in the Mason Dixon League. King led the Generals to a perfect 13-0 Season in 1996 and the National Championship of the American Football Association comprised of over 500 teams in the nation. King’s overall career record as a Head Coach was 31-6 with a winning percentage of .837 His Generals team in a two year span won 23 of 24 games losing only once by 1 point for a two year winning percentage of .958 King recruited the 1982 NFL-MVP Washington Redskins legendary Place Kicker Mark Moseley who kicked for the Generals at age 47.

King’s recruitment paid off in a big way as the Generals won 24 times in a row with Moseley in the starting lineup ……they never lost a game with #3 on the field. The Generals averaged 39 points a game offensively while surrendering less than 9 on the defensive side of the ball. King was voted as the 1996 National Minor League Coach Of The Year and was elected to the Mason-Dixon Football Hall Of Fame in 1998.

King is also a sought after motivational speaker empowering attendees on how to overcome obstacles and to never allow abusers to define the path to happiness and success.

King’s goals are to help everyone achieve their greatest personal and professional success through his belief that anything is possible with the proper game plan and a completely focused will to win and to never allow anyone or anything to compromise those beliefs.

Kings bases his motivational  speaking program from his book “A Game Ball For Frank” available  on Amazon.